Imagine a city in the countryside or on the coast whose water system is diagnosed with outbreaks of infections, and this makes people sick. “A people’s Enemy” transposes the play by the Norwegian Henrik Ibsen (1828-1906) to a suggested spot of contemporary Brazil, of provincial struggles and privileges in the correlations of the strength of the political, business, and media elites that relegate fellow citizens to the tenth level.

There we see the cult of authority, the covert political appeal to moderation, and the manipulation of information. With an extremely current criticism, we have the drama of the doctor Thomas Stockmann, threatened by the economic interests and the corruption of the public power when discovering and denouncing that the waters of his city – whose main activity is a seaside resort and spa – are contaminated.

The announcement generates a huge conflict. With the support of the press, businessmen mobilize public opinion against the protagonist, transforming the hero into an enemy of the people – the mass forged in power struggles. And everything takes on an even greater proportion because he is the mayor’s brother and married to the adopted daughter of a prominent businessman.

The staging by José Fernando Peixoto de Azevedo proposes resizing the characters’ configuration, giving them an unforeseen physiognomy through the presence of black actors, including the protagonist.

It also emphasizes the public exposure of the voice of science, making the episode take on an air of terror. To contribute to this atmosphere, it brings a cinematographic reference to the classic “Night of the Living Dead” (1968) by the American George A. Romero. In the movie, the black protagonist tries to survive in a country where white middle-class people turn into zombies due to an epidemic.

In the Ibsenian clash of ideas, notions of truth, justice, reason, and bad faith are problematized under the soundtrack played and sung live. A camera operator, as it was gluing to the actors on the scene, captures the images projected in real-time on a mobile screen, a resource that amplifies the perception of what is at stake.

Who are they
José Fernando Peixoto de Azevedo is a playwright, screenwriter, theater and film director, researcher, essayist, professor, and advisor at the School of Communications and Arts of the University of São Paulo (ECA/USP), of which he is also the director. Between 1997 and 2016, he was the artistic director of the Teatro de Narradores group. He wrote and directed plays with the group Os Crespos, as well as creations with other artists and collectives. He has worked on the relationships between theater and capitalism, the colonial experience, and the forms of black theatre, theater, and philosophy. 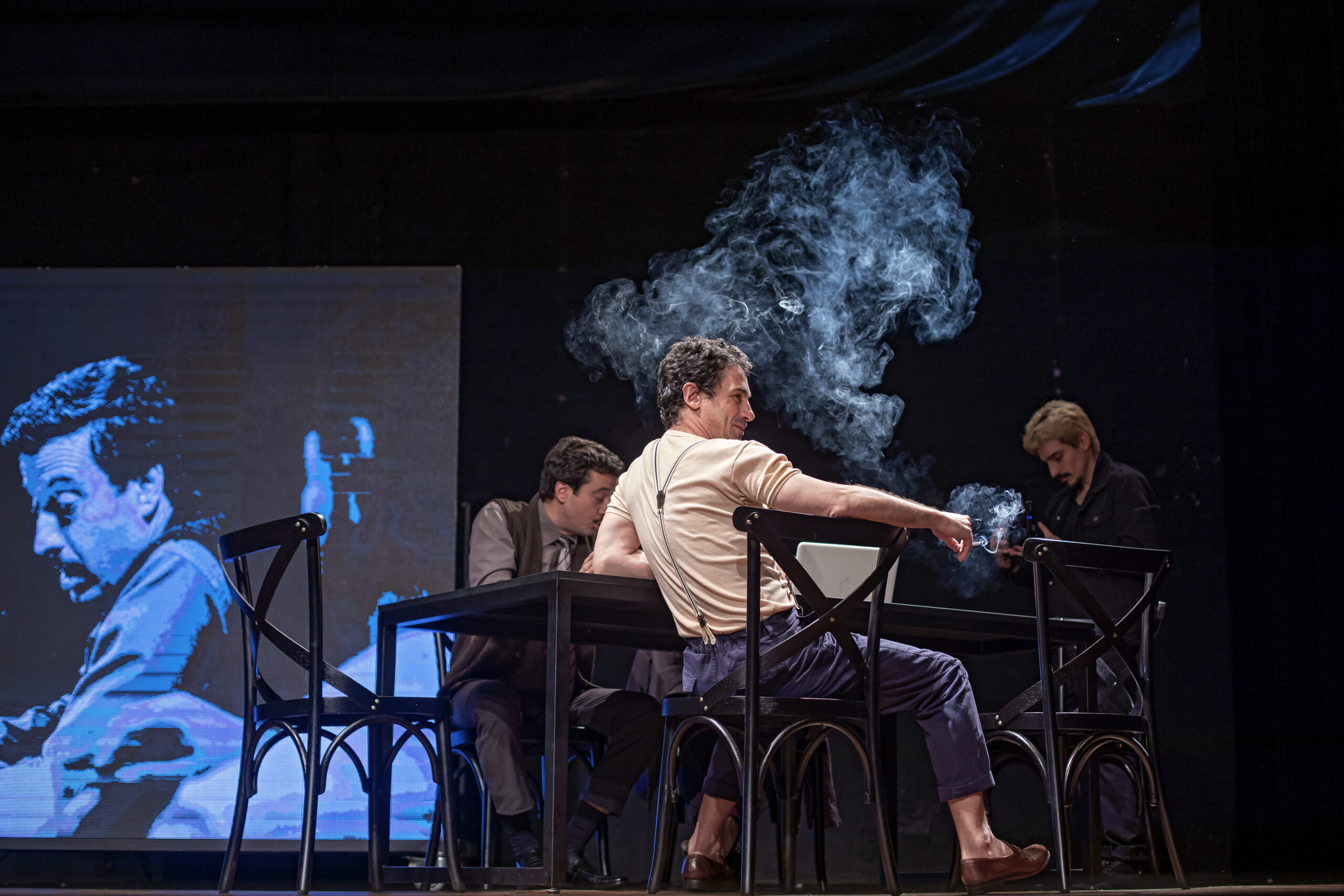 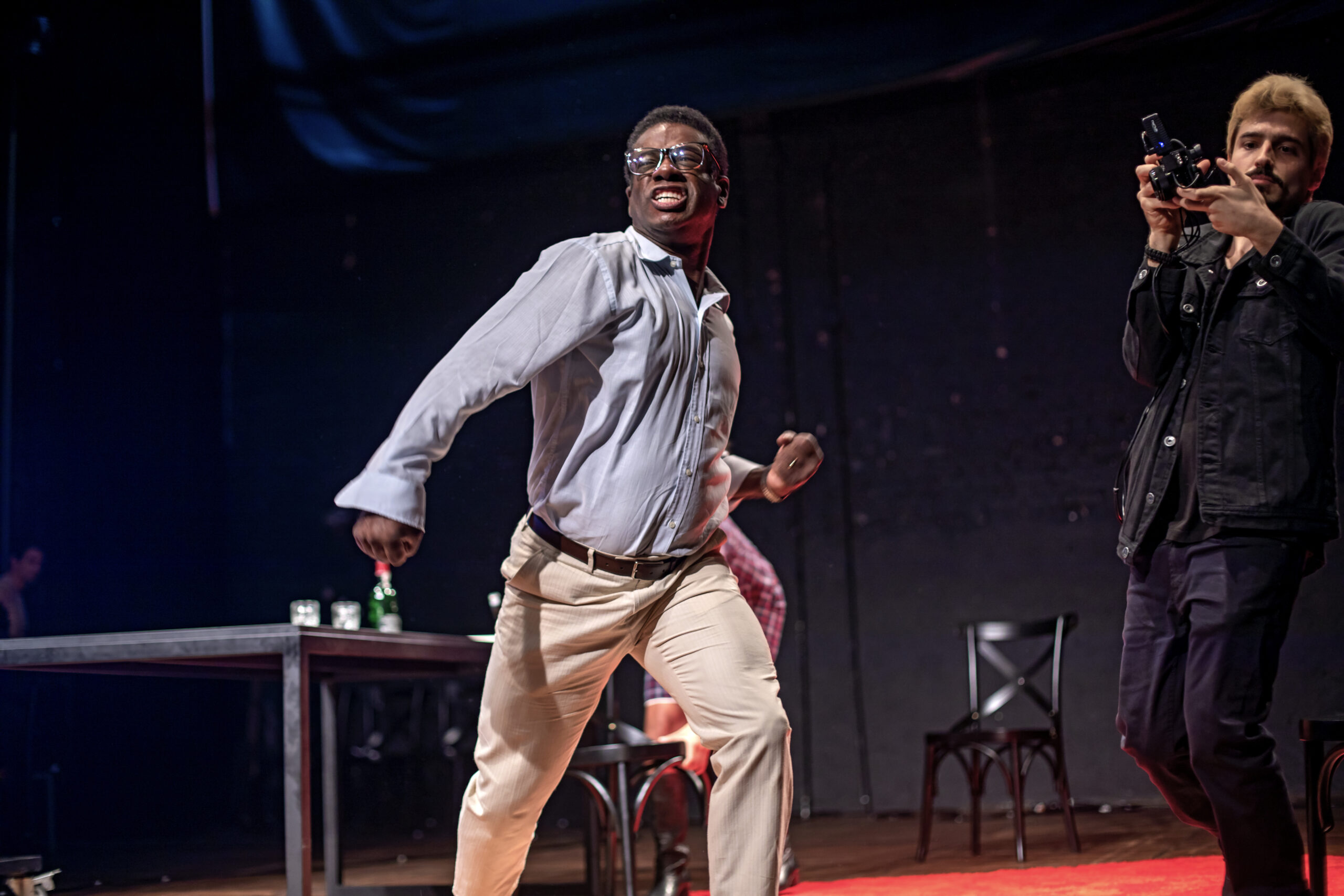 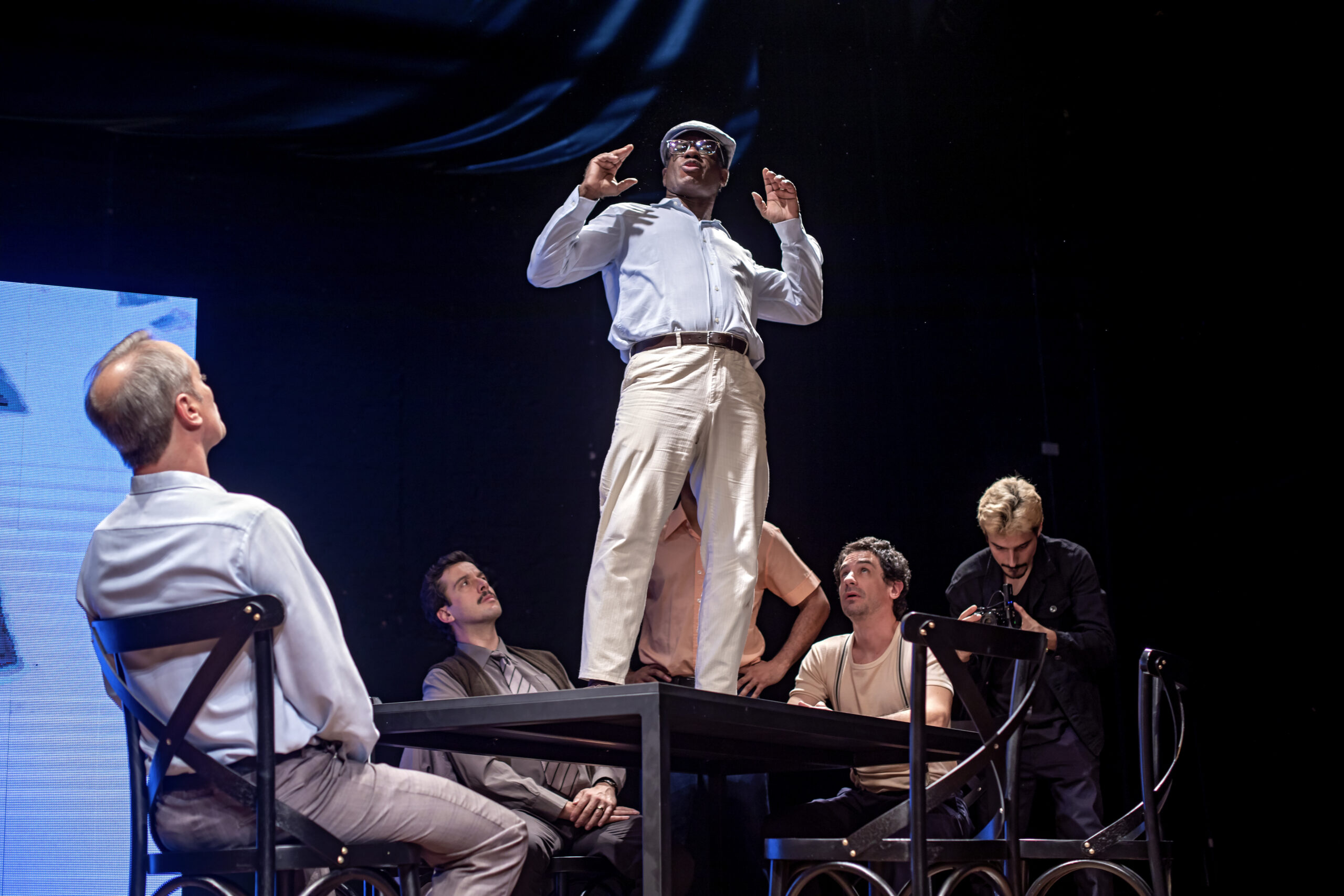 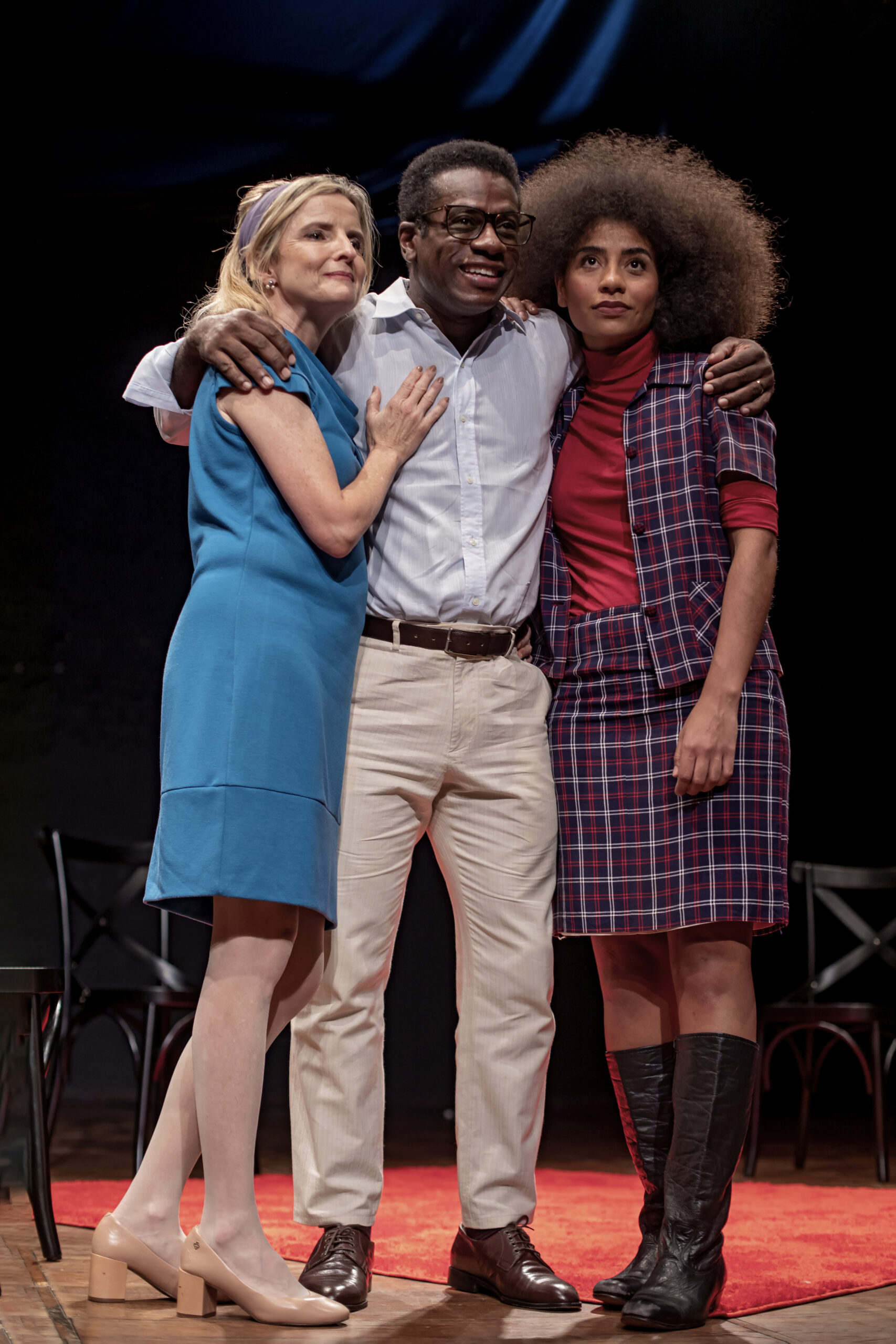