In one of his books, the British neuroscientist Oliver Sacks (1933-2015) states that “in order to return the human subject to the center – the suffering, tortured, mourning human being – we must delve into a case report by transforming it into a narrative or history.” Much of what he learned can be attributed to one of his brothers, Michel, diagnosed with schizophrenia at the age of 13 when he presented “delusions and explosive psychotic episodes.” The medical care allowed him to live up to the age of 78.

The show “Hay que Tirar las Vacas por el Barranco” links five stories of patients or relatives whose lives are entangled by severe chronic mental illnesses, characterized by the dissociation between thought and action that causes loss of contact with reality and disaggregation of personality.

Sitting behind a table, in the center of the scene, in front of the microphone, or standing on the side, at the level of another microphone, actors and actresses tell the bare bones of clinical stories with their own cadence.

The texts belong to the book “Las Vozes del Laberinto” (2005), by the Catalan journalist and writer Ricard Ruiz Garzón. He allowed himself to give literary form to this challenging subject after the suicide of a friend. That’s why he takes the point of view of sick people and those who live with them.

In director Orlando Arocha’s conception, sometimes theater needs to strip itself of its most elementary mechanisms to be able to talk about certain contexts.

“Listening to patients victims of the disease, listening to the relatives victims of the disease through concrete voices, under a minimal artistic arrangement, in its pure and human despair, may be able to break down the barriers that prevent us from seeing ourselves in these beings, fear, and anxieties; and share the same mental space: the human space,” says Arocha, regarding the project that unites his company, La Caja de Fósforos, from Caracas, and La Máquina Teatro, from Valencia, in Spain.

If you are wondering about the enigmatic title of the play, wait for the lapidary fable at the end.

Who are they
The Venezuelan company La Caja de Fósforos, from Caracas, and the Spanish La Máquina Teatro, from Valencia, are driven by the objective of uniting cultures. No wonder they triangulate with the Circuito de Arte Contrajuego, an initiative by Brazilian actor Ricardo Nortier. In 2011, they staged “La Festa” by the Sicilian Spiro Scimone, a show that was joined by Italians. By making use of the exchange, the team believes they can break many more linguistic and expressive barriers. 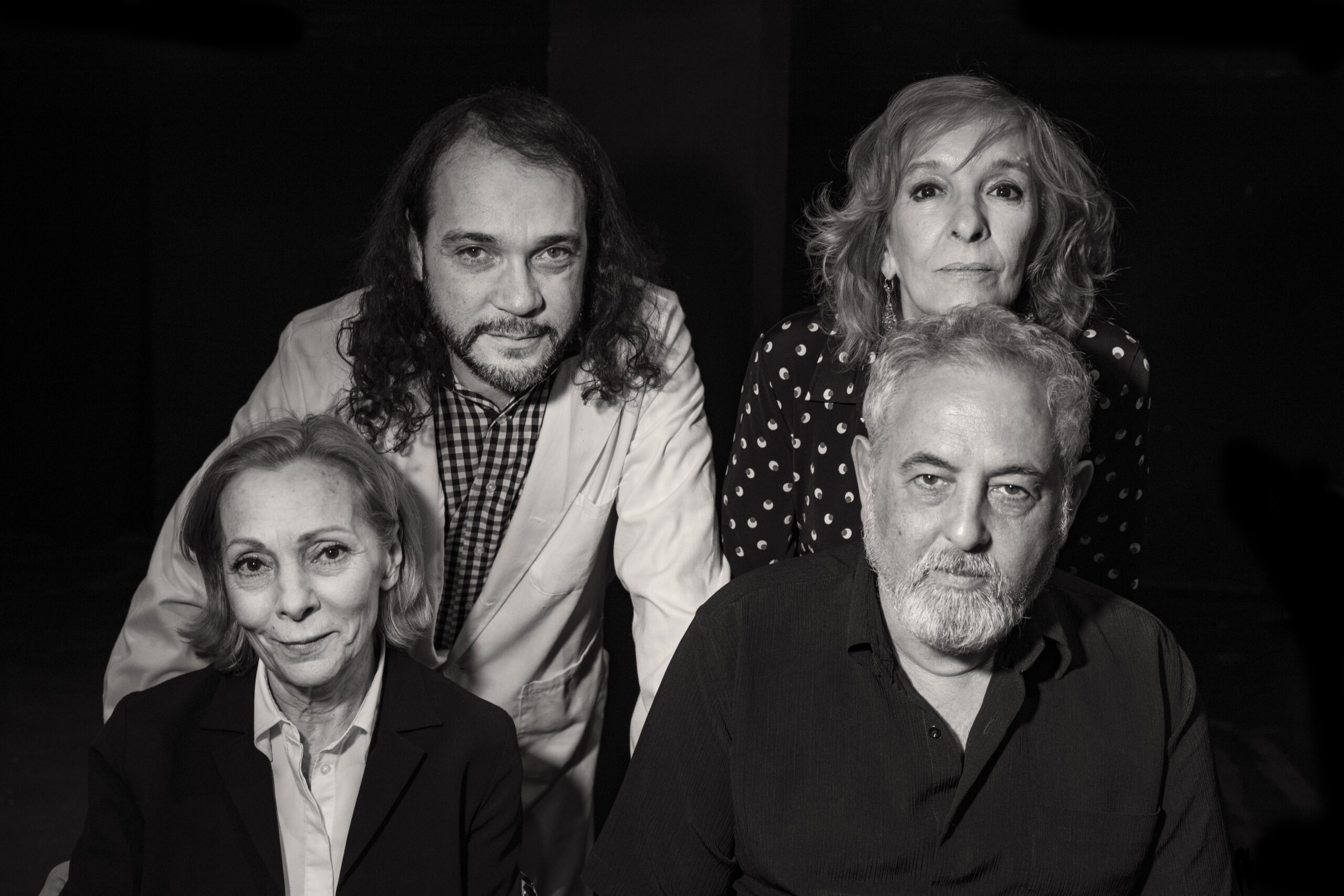